As you can guess, Santos was not in a good shape when the Crash of ‘64 occurred. The city never quite recovered from the two successive catastrophes. Favelas kept growing, ruled by gangs and self-appointed warlords, while corporations retreated to their ivory towers in the Centre. Some of the most deprived areas started to attract nasty neighbors such as Bugs and Shedims. Santos was turning into a feral city without even knowing it. 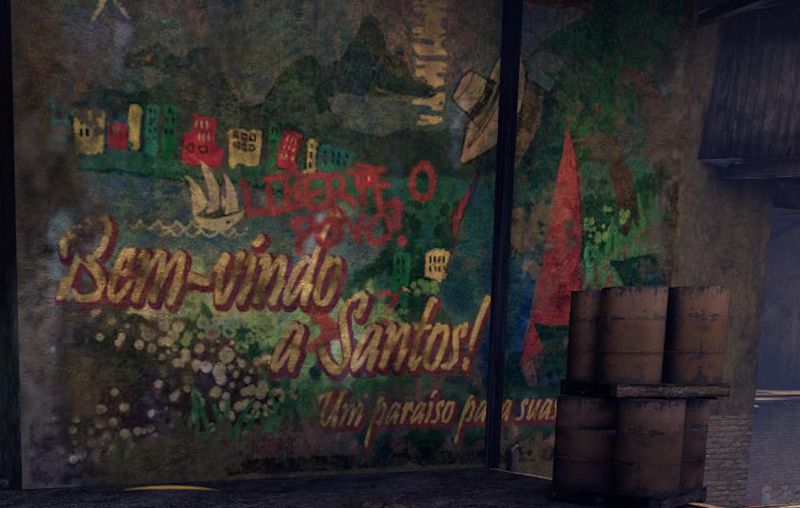 Since Cain and Chancela’s showdown things only became weirder on Morro Embaré. Amazonian troops were stationed on site to prevent everyone from taking a peek inside or smuggling more artifacts out. There has been a few reports of soldiers disappearing while patrolling the ruins. Some of them, the lucky ones, reappeared a few days later, dazzled and disoriented but otherwise fine. The higher levels of the Pyramid are apparently a freakish storm in the astral, and magicians have learned the hard way not to get too close from that “maelstrom” if they want to keep their sanity.

Left without a leader, the Lineage kept a low profile until Marcio Chancela’s son, Iomar, returned from abroad to take charge of the group. As for RNA Global, the incident within the Pyramid was a major PR inconvenience for the corporation, prompting them to pull back from Santos and regroup. Of far greater concern was the sudden death of their founder, prompting internal conflict and eventually the appointment of a new CEO. This delay led them to lose ground in rebuilding their Santos operations, but also gave them valuable time to rethink their approach.

The new CEO, Dr. Joseph Sariel, was formerly a field researcher for RNA Global whose discoveries had catapulted into a leadership position. When the corporations signed the Santos Rebulding Endeavour in ‘67, a joint effort superseding the old Urban Renewal Charter, RNA decided to focus on the construction of a large arcology in downtown Santos which would also contain their new global headquarters. The arcology was inaugurated in late ’74, reaffirming RNA’s intention to be the corporation of Santos.

> The RNA arcology is not comparable in size and scale to, say, the Renraku Arcology of Seattle, but it still impresses on account of being Santos’ biggest and tallest building… with the exception of the Pyramid, of course.
> Hard Exit

Let’s fast-forward to a decade later. The gangs and warlords still wage their turf wars in the streets, the Ork Resurgence is back in the city with its own agenda, and the Ghost Cartels are also gaining influence in the favelas, addicting the underprivileged to tempo. The Am-Azt war has forced the Amazonian government to reduce the amount of troops stationed in the Pyramid – as a result, the conflict between RNA Global and the Lineage has been reignited, fiercer than ever, both factions hiring shadowrunners both for sabotage and to retrieve artifacts from the Pyramid.

But Santos is no longer their own private playground. In the wake of the recent artifact fever we’ve witnessed across the world, the city has caught the attention of other organizations. Groups like the Apep Consortium or the Illuminates of the New Dawn now maintain a stronger presence in the city, and are said to be willing to pay a lot of money to obtain some of the Santos artifacts. Known agents of various great dragons have also made visits to Santos in recent months. It might be linked to the rumor claiming Sirrurg had one lair, maybe even his main one, somewhere near Santos. Since the beating he seemingly took from Aztlan, Sirrurg hasn’t reappeared in Santos, and many treasure hunters feel it could be a good opportunity to find his lair. I find it rather puzzling, myself, since “never steal from a dragon” is quite high on my personal checklist of “how to stay alive”, but I guess greed and stupidity often go hand in hand.