While they remain the main forces battling for control of the Santos Pyramid, RNA Global and the Lineage are no longer the only ones involved in the conflict. Most of these newcomers are playing their cards close to the chest, and are careful not making their activities too well-known, but if you plan to run the shadows of Santos, chance is you will encounter them in one way of another.

> There’s one particular artifact they seem especially eager to secure; something called the “Araucan Codex”. I’m not sure, but it could be one of the stone tablets RNA has reportedly found in the Pyramid.
> Elijah 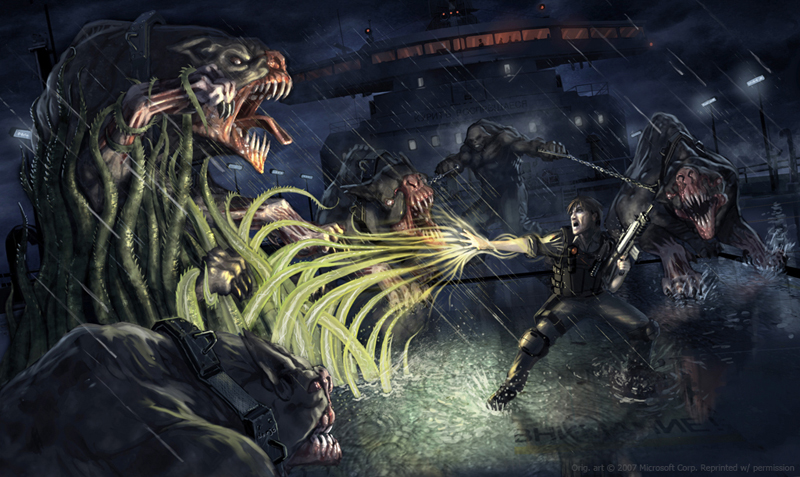 There are many gangs and urban tribes in Santos, and while they are not interested in the Pyramid by itself, they are often hired as muscle by people who do. Here are the most successful ones. 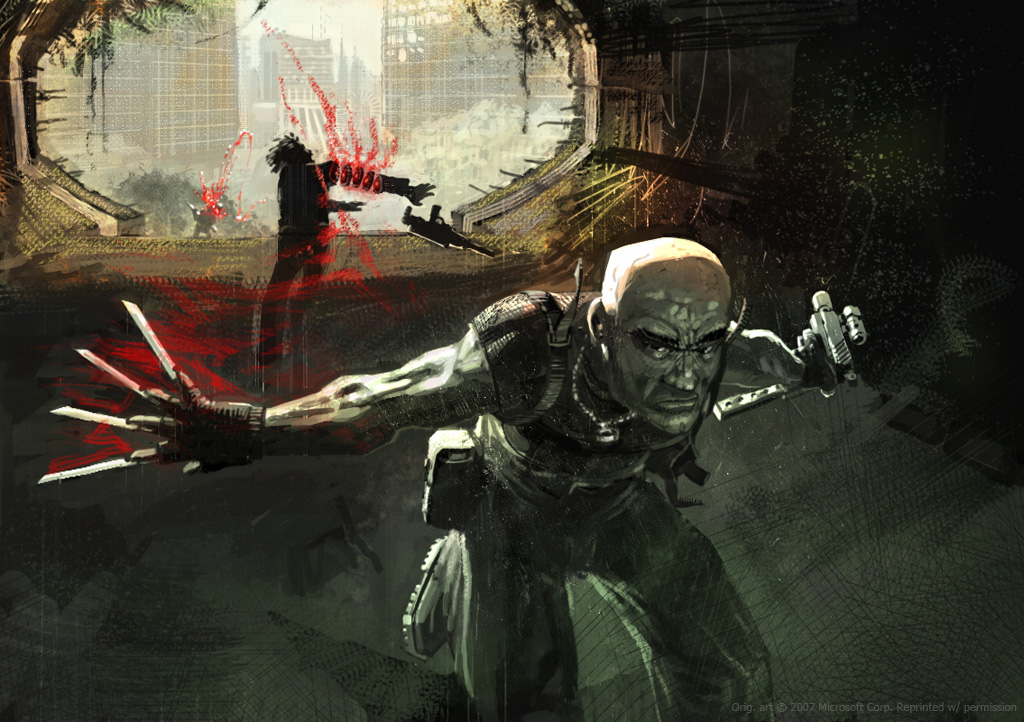 > To be perfectly clear, my dislike of the Resurgence has nothing to do with the fact they are Orks. But they are trigger-happy idiots with a macho complex who believe shooting randomly in the street is the best way to fight the good fight, with absolutely no thought given to who could get caught in the crossfire.
> Simons

Several megacorps have buildings or headquarters in Santos. There’s not much to say about them — not much that’s different from everywhere else, at any rate. Ares, EVO, Horizon, Mitsuhama, NeoNET, Renraku and Wuxing are all there, either in Centro or Ponta de Praia, and you can bet they have work for shadowrunners. 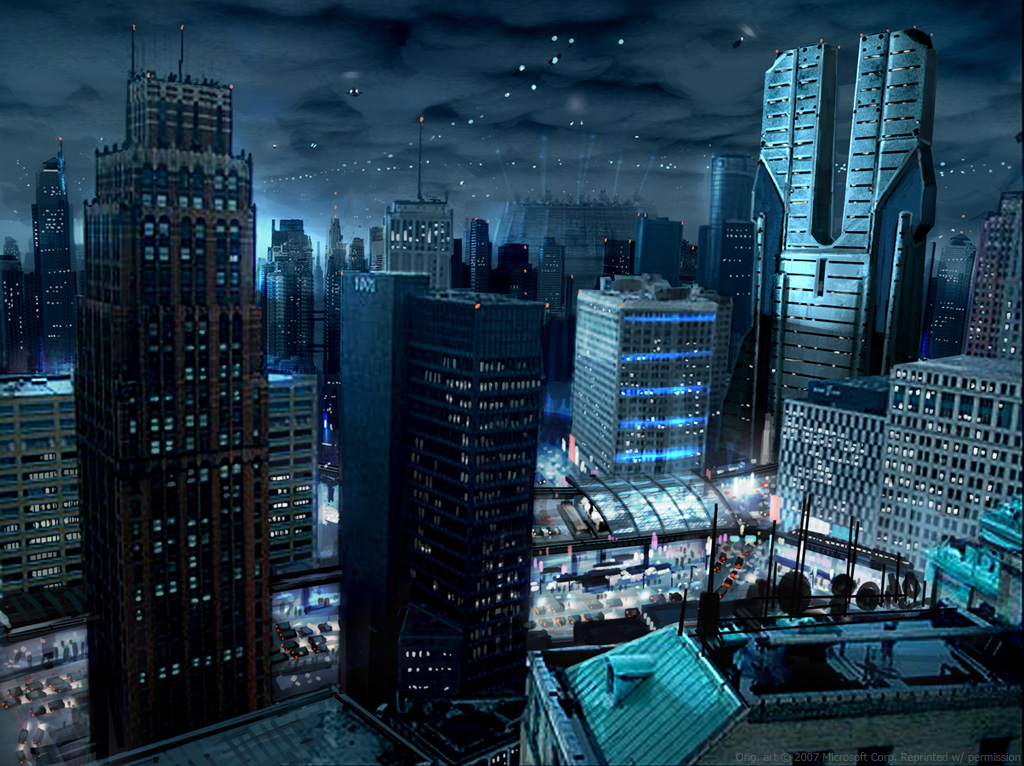