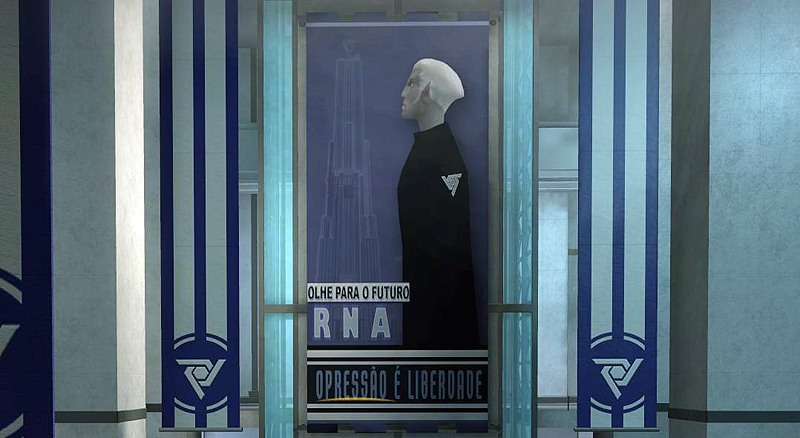 Born in Seattle in 2031, Joseph Sariel was one of those kids too smart for their own good. Being a brilliant young elf, he became involved with the Young Elven Technologists policlub in his teenage years, and he was reportedly a strong advocate of the idea of a new world order ruled by his elven brethren. It is rumored he attended Ehran the Scribe’s famous lecture on the supposed “Cycle of Magic” in 2050, which had a lasting impact on his life.

His interest for magic sparked, Sariel moved to Boston to study arcano-archeology in MIT&T, catching the eye of one of his professors — the same Dr. Nakamura that helped Jonathan Cain found his Department of Antiquities. It is Nakamura who introduced Sariel to Cain as a potential recruit for the DOA. In the following years, Sariel climbed the corporate ladder within the DOA, then in RNA Global itself, gaining Cain’s trust, to the point he was often seen as his protégé. As Cain’s right-hand man, Sariel was leading the research team sent to excavate the Santos Pyramid in 2061.

In late 2063, another research team in Cambodia reported the discovery of an ancient pre-Khmer tomb presenting eerie architectural similarities with the Santos site. Unable to resist checking a potential proof of the Cycle of Magic theory by himself, Sariel volunteered to go to Cambodia to take charge of the research there. That probably saved his life, as he would certainly have died alongside Cain had he be present in the Pyramid during the 2064 shootout. As it turned out, Cain had left a will where he designated Sariel as a worthy successor. The company’s board of directors spent a few weeks studying the various options available and eventually agreed with Cain’s assessment, recalling Sariel back to Santos to become RNA’s new CEO. 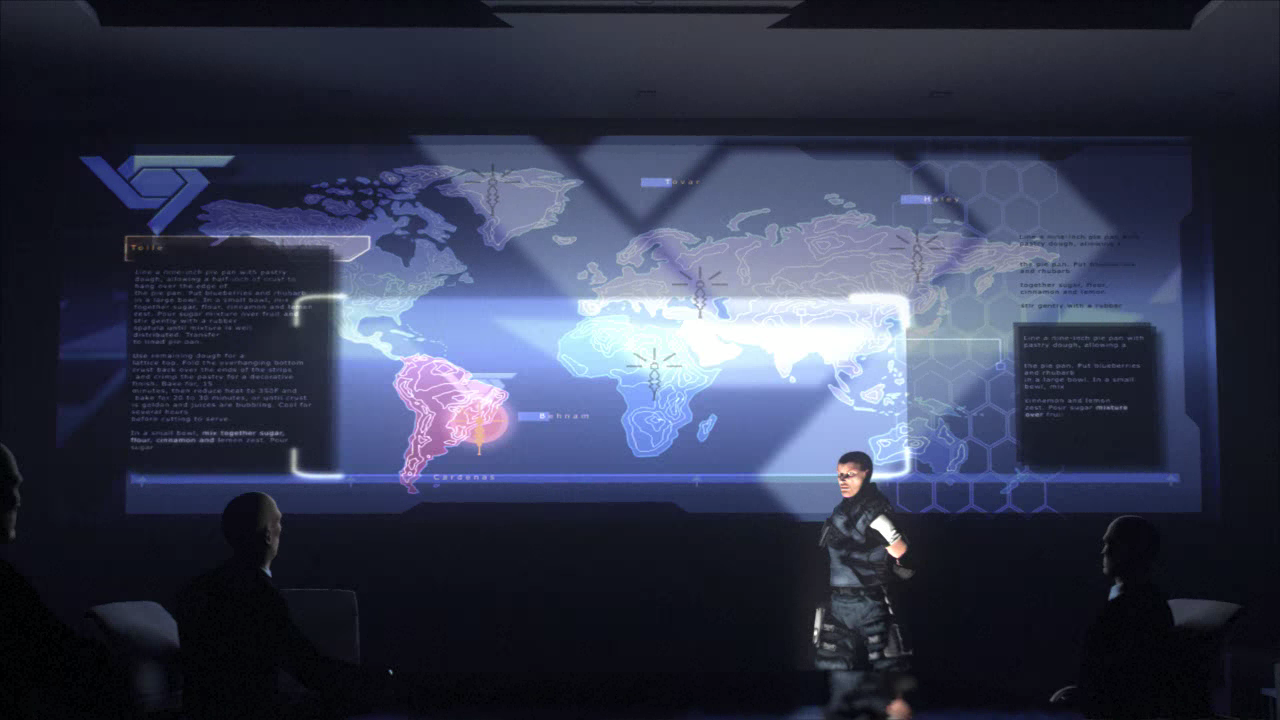 While in his last years Cain’s chief interest had been the Pyramid and not much else, Sariel proved a much more dynamic — and aggressive — leader. Many abandoned or frozen projects were revived, including the RNA Arcology, strengthening RNA’s presence in Santos. Sariel also became the literal face of the corporation, appearing in ads and on propaganda posters both inside and outside RNA’s facilities. It seems someone in RNA’s PR team has decided that a good old cult of personality was a tried-and-tested marketing tool.

I’m not sure Sariel’s personality is one you’d want to advertise, though. Cain had been accused of not caring about the well-being of the general population. Conversely, Sariel does care about them — the problem is, he cares about them the same way a feudal lord cares about his serfs, seeing the Santistas as little more than his slaves, living only to serve RNA and the corporation’s destiny.

You might think I’m exaggerating, but hear this — the man has a plaque outside his office, on the Arcology’s top floor, where the following words, his personal motto, are written: Livre arbítrio mata, opressão te libertará. Which, apart from showing Sariel’s Portuguese is not very good, roughly translates as Freedom will kill you, oppression will set you free. Seriously. The moment I saw it with my own eyes is the moment I realized it was time to seek another job.

> Do we know if Sariel is Awakened, like Cain was?
> Frosty

> I expect he is to some extent, as arcano-archeology usually requires to be able to assess ancient artefacts in the astral to ascertain their magical nature.
> Winterhawk

> I’ve heard rumors that Sariel is a Shaman following the totem Snake, but I’ve never seen him cast a spell.
> Simons

> His totem is not Snake. It’s much more ancient.
> Man-of-Many-Names