> Gatuno is a fellow shadowrunner but also a pure-bred santista. He has lived and run in Santos all his life, so he’s more than familiar with the city, its surroundings and its history. He was recommended by a friend of a friend and so I asked him to write a little sum-up piece for you kids.
> Bull

It’s too rare when the “outside world” shows an interest for my city, so it was an honor when Bull asked be to compile a little something about Santos. I’ll try to give you an overview of Santos’ past and present, and who knows, an insight into its future.

Let’s start by a little geography lesson. Santos is mostly located on the island of São Vicente, on the southern coast of what was once known as the São Paulo state (and is still referred as such by most locals). The island is cut in half by a series of tall hills known as the morros, the largest (but not the tallest) of which is named Monte Serrat. The northwestern half of the island is actually occupied by Santos’ twin city of São Vicente, while Santos itself occupies the southeastern half. 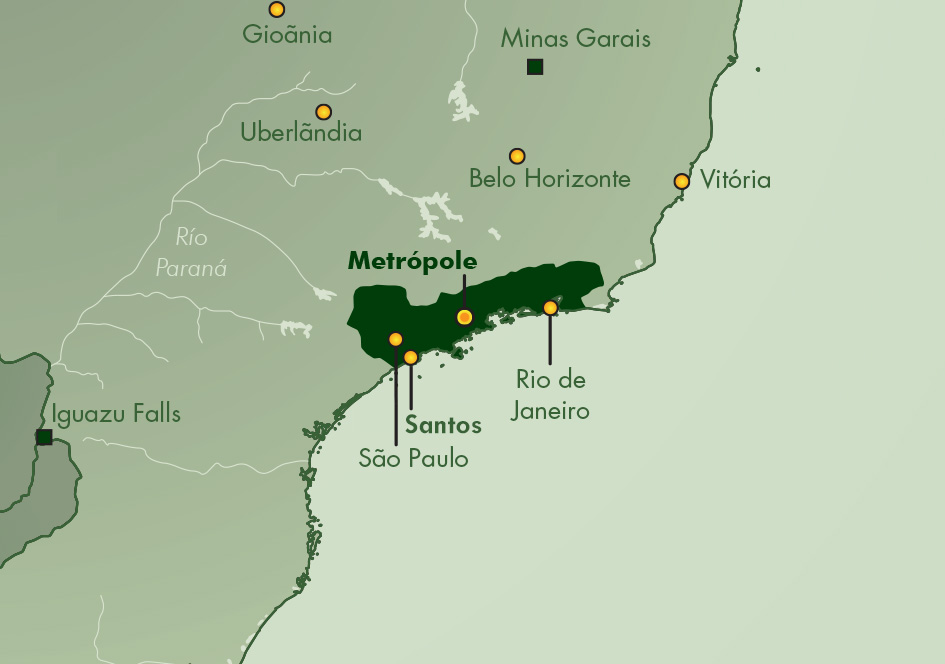 Map modfied from Amazonia 2064 by fexes

Due to its proximity to São Paulo, Santos rapidly became akin to a suburb to the sprawling city. In the early 2000s, it was frequent for inhabitants of São Paulo to spend their vacation in Santos, since the city was only 45 miles away and had some of the most beautiful beaches in Brazil. When São Paulo and Rio de Janeiro became the huge sprawl known as Metrópole, the former municipality of Baixada Santista, of which Santos was the center, was incorporated into the new administration as one of Metrópole’s sectors, called “quarters”.

>> Next: History of Santos