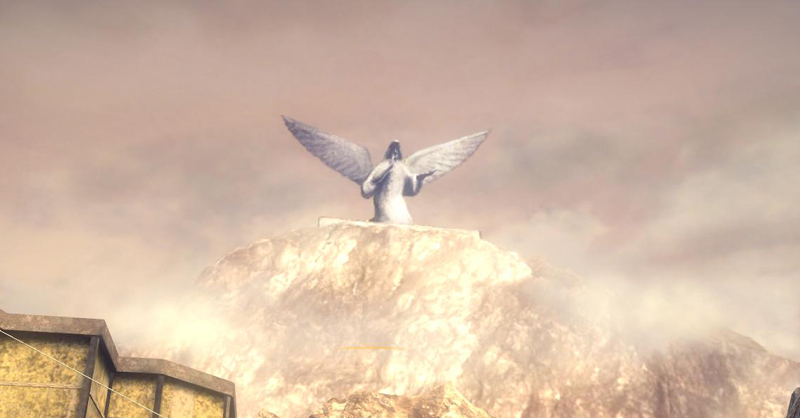 In 1591, pirates led by Thomas Cavendish attacked Santos, and gave rise to the legend of the Holy Miracle of Our Lady of Monte Serrat. Legend has it that the population of Santos took refuge in the morros to escape the pirates. One of the hills hosted a chapel to which a Spanish nobleman had brought an image of the Virgin of Montserrat (hence the name given to the hill, Monte Serrat).

As the pirates started climbing, the population started praying in the chapel, asking for a miracle. As in response to their prayers, a landslide suddenly occurred, preventing the pirates to reach the top of the hill and forcing them to flee. Since then, Our Lady of Monte Serrat has become as the patron saint of Santos. She is celebrated on September 8th.

> Since the awakening, the hill of Monte Serrat is said to have been the scene of many spiritual manifestations and miracles. Magicians say magic is especially powerful on the hill, and that the astral space there radiates a feeling of peace and protection. Whether these manifestations are linked to Monte Serrat proper or a side effect of the nearby Pyramid is anybody’s guess.
> Winterhawk

> The original church of Monte Serrat was destroyed during the earthquake of 2061, ironically enough. The city has since built a new monument atop the morro, inspired by Rio de Janeiro’s famous Christ the Redeemer statue.
> Gatuno

<< Back to: History of Santos