The early 21th century was pretty eventful, but not more than in the rest of the world, I suppose: Santos was struck by VITAS, the Crash of 2029, and of course the riots caused by Goblinization. It is of note that Elves, Dwarves and even Trolls were relatively easily accepted into Santos’ population. Orks, on the other hand, attracted a lot of enmity, sometimes downright hatred. 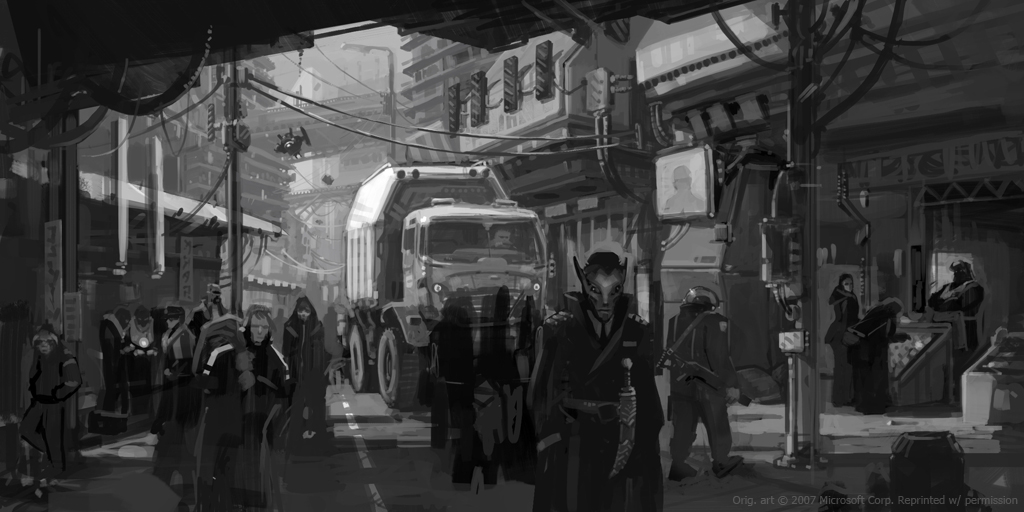 These racial tensions came to a head in 2025, when the bombing of the Pelé Stadium was pinned on a group of Ork activists, who were campaigning for Metahuman rights. The backlash against the Ork community in Santos was enormous, with lynch squads roaming the streets. Because violence calls violence, the Orks rapidly armed themselves, and the paramilitary organization (a gang, really) known as the Resurgence was formed. With the Resurgence promising retribution for every Ork killed, the situation quickly escalated into all-out race war.

> Of course, the responsibility of Orks in the bombing of Pelé Stadium was never actually proved. It was the traditional case of rumors fueled by a nice dose of racial prejudice.
> Marcos

> The question is: who started the rumors?
> Picador

By the 2030s, most of the Orks of Saõ Vicente had left the island altogether and relocated to the São Paulo sprawl. Those who remained were living in the tunnels of the old sanitation system, out of sight of the general population. Very much like the Ork Underground of Seattle, Santos has its own “city below the city”, which is known as the Cidade de Ratos.

> The Rat City is actually a great place to hide if you manage to make friends with the locals. It helps if you are an Ork (or close enough), obviously…
> Clockwork

> Later in this file, you’ll find a summary of Santos’ various places of interest with more information on the Rat City.
> Glitch 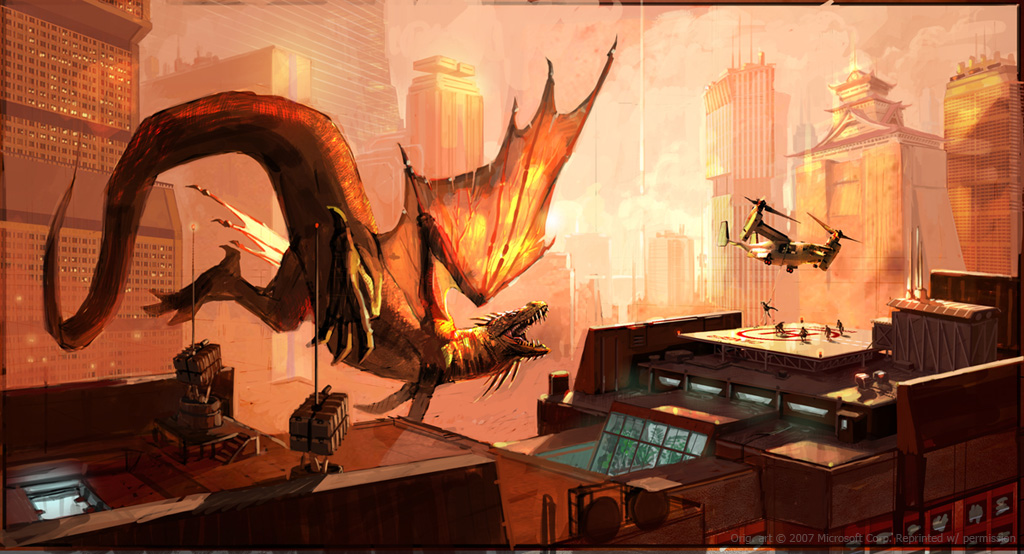 In 2034, something happened to Brazil. Namely Hualpa, Sirrurg and that other Great Dragon we know so little about. You know the rest of the story: Brazil became Amazonia, the first awakened nation in the world. As a result, the megacorps, especially the Japanese zaibatsus, had a tough time settling in Amazonia… except in Santos, where there was already a strong Asian community.

In the next 20 years, while the São Paulo sprawl was becoming Metrópole, the japanocorps invested a lot of money in Santos, developing the harbor and renovating the city’s Centre. By 2050, Fuchi, Mitsuhama and Renraku all had office towers and other facilities in Santos. But one of the more active corporations in Santos was a mere AA: RNA Global.

> To be honest, I have never heard of them…
> Mika

> Founded soon after the Awakening in Houston, Texas, by one Jonathan Cain. Specializes into arcane studies and magic security. Relocated to Santos in 2032. We’ll talk about them in more detail a bit later. They’re one of the big players down here.
> Simons

In late 2061, Halley’s Comet reappeared in the sky and strange things started to happen all around the world, and of course, in Santos as well. Magicians all over the city noted a sudden spike of mana coming from the tallest morro, Morro Embaré. To be precise, not exactly from Morro Embaré but from inside Morro Embaré. In September and early October, manastorms started to occur on the hill’s slopes. The Amazonian government was quick to intervene, sending the army to secure and quarantine the site. Then the phenomenons stopped as abruptly as they had started… and we should have known that wasn’t a good omen. 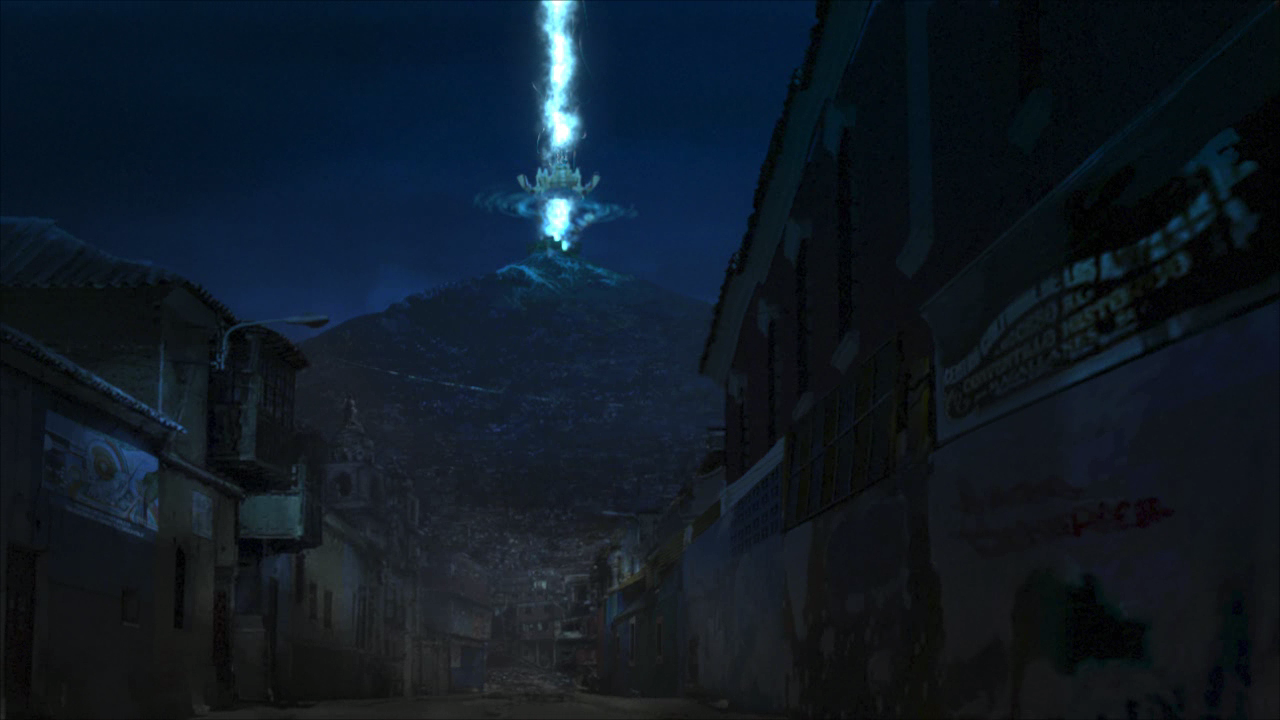 On October 27th, the Ring of Fire awoke, unleashing fire and destruction across the Pacific Rim. The following night, Santos was also struck by a supernatural disaster. The summit of Morro Embaré exploded, releasing a pillar of blue energy into the sky. This did not only kill any mage unlucky enough to be caught in the blast while in the astral, but it also caused the equivalent of an electromagnetic pulse, shutting off all electronic devices in a 1-mile radius around the hill. As if things were not bad enough, the explosion was followed by an earthquake, literally bringing down the hillside and burying one third of Santos under dirt and rubble. Thousands were killed. It was like Santos had been chosen by the Powers that Be to have its own little preview of Crash 2.0.

In the following days, the Pyramid was discovered. It was like it had been sleeping under Morro Embaré for ages, waiting for its wake-up call.

> Now we’re getting at the interesting part!
> Slamm-O!