Remember RNA Global? As Santos was barely recovering from what had just happened, the corporation lost no time in securing a Urban renewal charter from César Moreira, the mayor of São Paulo, which allowed them to circumvent the Metrópole Urban Council. While RNA was vowing to devote its efforts to rebuilding the parts of the city devastated by the earthquake and landslide, some were skeptical of the corporation’s real motives, suspecting — rightly so — that RNA’s prime impetus was a free access to Morro Embaré, allowing them to research the newly-discovered Santos Pyramid. While RNA was unearthing crate after crate of ancient relics and artifacts, little was being done for the areas affected by the landslide.

A group called the Lineage, positioning themselves as the guardians of Santos’ sacred past (whatever that means), emerged around that time and became the proverbial pain in the corporation’s posterior. The Lineage started small at first, making public accusations against RNA, trying to stir the public opinion, causing incidents on the building and excavation sites, sowing discontent in the favelas. That last part wasn’t so hard to do: the half-buried slums were mostly left to thrive for themselves, the life conditions of their inhabitants worsening with each passing day, and RNA was nowhere to be seen apart from the occasional PR stunt. 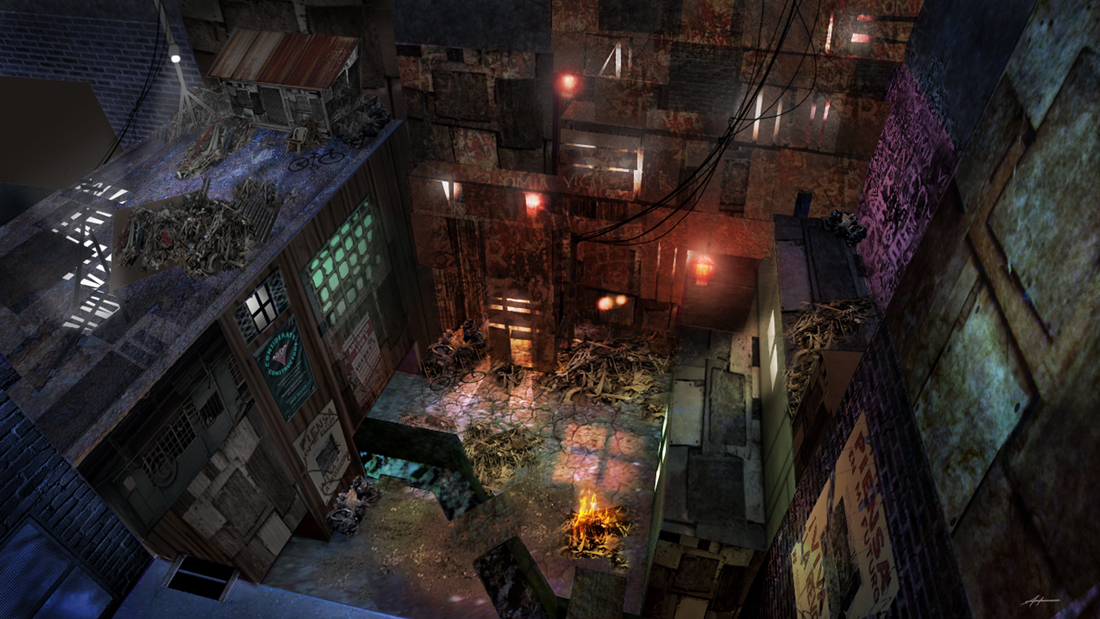 PR, it must be said, proved one of RNA’s bigger strengths. In a rather smart move, RNA managed to turn the situation around, accusing the Lineage to be the ones sabotaging the rebuilding process. The disenfranchised population of the favela knew the truth, of course, but who cared about what they had to say?

Since RNA was already accusing them of terrorism, the Lineage decided to take more direct actions against the corporation. The group started to make raids against the RNA teams sent to study the Pyramid, effectively taking control of the site and hindering RNA’s efforts to access it. Not wanting to damage its new PR image that painted them as the benevolent, defenseless victim of heinous anarchists, RNA started hiring shadowrunners to attack the Lineage, targeting its known members, supporters and sympathizers… and trying to identify and locate the unknown ones.

> Fun fact: in Santos, Mr. Johnson is usually called… wait for it… Senhor Santos. I kid you not.
> Ma’Fan

For two years, Santos was in a state of war in all but name. By 2063, the CEO of RNA Global, Jonathan Cain, was growing tired of the Lineage’s constant interference which had already costed the corporation a lot of time and money. He managed to convince the Metrópole authorities to allow RNA Global’s security forces to declare and enforce martial law in the Santos area. RNA Global could now stop using proxies and was free to send its own private army to the Pyramid to retake it by force. The RNA forces, better equipped and better trained, succeeded in driving the Lineage out of the Pyramid, inverting the balance of power: RNA Global was now completely in control of the Pyramid, and the Lineage, having suffered big losses, was recruiting shadowrunners to impede RNA Global’s activities as much as possible.

Things took an unexpected turn, however, in early 2064. A magician himself, and dabbler in all things arcane, Jonathan Cain had taken a personal interest in the Pyramid, spending more and more time inside the ancient structure. Maybe seeing an opportunity to sever the proverbial head of the snake once and for all, the leader of the Lineage, a dwarf named Marcio Chancela, led a small group of guerrilheiros inside the Pyramid to confront Cain directly. But things went south faster than a wired samurai high on jazz. Shots were fired, spells were cast, spirits were summoned, and when the smoke cleared, everybody, Cain and Chancela included, was dead.

> You seem to know an awful lot about all this, Gatuno…
> Marcos

> Yes. My team had been hired by the Lineage to run interference that night, keeping RNA’s security distracted. When everything went to hell there was nothing we could do except save our own asses.
> Gatuno

> A contact of mine swears that Cain actually invited Chancela to the Pyramid, to share a discovery he had made — a discovery he felt warranted a truce. What could that have been? Your guess is as good as mine. In any case, it seems Chancela wanted none of it.
> Simons

> Cain was actually conducting an experiment in the Pyramid. The whole site is a gateway to a distant metaplane, one Cain thought could be opened with a certain artifact. But something else came through as soon as the gate was opened, some alien spirit of immense power. Cain tried to shut down the experiment, but the thing struck first, killing him. Chancela managed to close the portal, but it cost him his life.
> Plan9

> And you know this… how? No, forget I’ve ever asked. Of course you have your “insider sources”. Silly me.
> Netcat