As Glitch was saying, I was once a merry employee of RNA Global. So it will easy for me to give you a quick summary of the history of the company. I don’t like RNA very much, but I’ll try to remain as fair as possible. 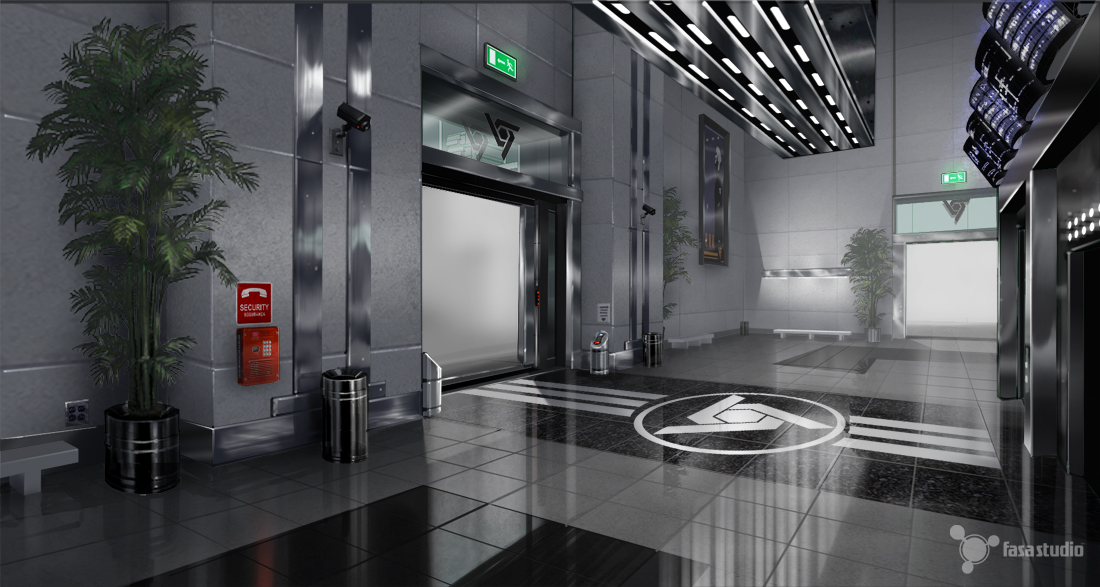 Let’s start with the good old corporate spiel. Founded in Houston, Texas in 2017 by Jonathan Cain, an up-and-coming entrepreneur, RNA’s first breakthrough was in pharmaceutics. When VITAS Strain-II began infecting the world’s population, RNA Global was well positioned to capitalize due to the corporation’s extensive research in the field of viral pandemics. The corporation patented a cocktail of anti-viral drugs aimed at curtailing the spread of VITAS. Profits soared, and RNA Global opened its first corporate headquarters in Brazil after securing a contract to treat the country’s population and develop a vaccine to fight the deadly disease. Confident that Brazil would make his fortune, Cain relocated his headquarters to Santos, then a promising corporate enclave.

It was during this period that Cain became known as a bit of an eccentric within the business world. See, he had Awakened, and a whole new, magical world was opening to him. His intense interest in and study of the occult and esoteric history led him to found  RNA’s Department of Antiquities (DOA), headed by MIT&T alumni Dr. Williams and Dr. Nakamura, two pioneers in the burgeoning field of arcano-archeology.

> I have read some of their published work. Flawed, but not without merit.
> Elijah

The DOA would lead to the creation of a division aimed at providing security for governments and powerful corporations, emphasizing anti-magic technology and services. Magic was scaring the hell out of everyone back then, and that division eventually became RNA’s main business.  The company became very attractive for various investors, and their cash allowed RNA to keep growing in the following decades, eventually reaching AA status.

> It took me several days of work to “follow the money” and discover who was RNA’s main patron. All these “investors” are actually shell companies of subsidiaries of small local corporations, and so on… Dig deep enough, and the name ORO eventually pops up as a major shareholder. In other words, RNA was made an AA by Aztechnology’s money, but the Azzies made sure this would not be easily found out.
> The Chromed Accountant

> I wonder what would happen if Hualpa and his dragon pals knew about it?
> Mika

In 2061, Morro Embaré went kaboom, burying the western part of Santos under dirt and revealing the treasure sleeping under the hill. It’s my understanding than Cain was ecstatic, claiming destiny had led him to Santos in prevision of this very day. After greasing some palms and whispering the idea of the Urban Renewal Charter in the ear of the “Old Man of São Paulo” César Moreira, RNA ordered an extensive five-year study of the Pyramid. Of course, officially, RNA’s mission was to rebuild the ruined city. While the corporation was initially welcomed with open arms by the populace, a combination of draconian peacekeeping measures and an obvious disinterest in rebuilding the city as a whole quickly turned the people against RNA.

Jonathan Cain didn’t care. All his attention was monopolized by uncovering the secrets of the Pyramid. He believed the ancient temple was directly linked to the enormous concentration of magical energy in the Santos area, and began conducting harmonic resonance experiments within the structure. His efforts were however opposed by the group known as the Lineage. In 2063, Cain dropped some more money in the same old pockets and secured the security contract for the Santos area. That gave him the leeway to deploy his own private army in the streets, first to defend his research teams, then to launch assaults against the Lineage and its allies. 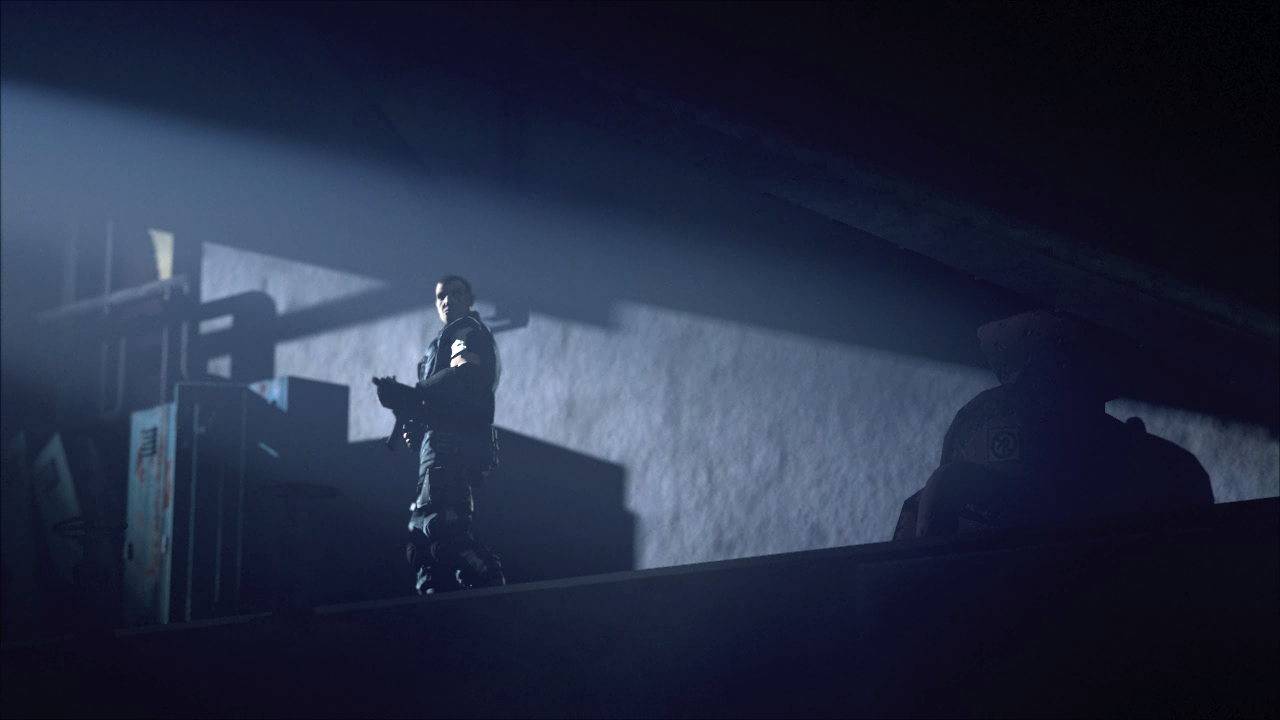 This is actually when I joined the company, as a mere corporate soldier. The fact I am a Dwarf actually helped me get the job. NRA scientists had theories that metahumans had some kind of natural resistance to the Pyramid’s mana field or similar bulldrek, and would therefore be more efficient against the Lineage forces entrenched within the structure.

Anyway, we battled the Lineage for a few weeks, and managed to drive them out of the Pyramid. Then Cain came with his personal research team and grunts like me became persona non grata in the vicinity. Only elite RNA corporate soldiers were on the site, and that saved my life when drek hit the fan in 2064. I was drinking a fine cup of santista coffee and filling some paperwork in the RNA Security barracks in Ponta da Praia when Cain and Chancela went all O.K. Corral in the Pyramid — if that’s indeed what happened.

The loss of their founder and CEO was a nasty blow to RNA Global. Their activities in Santos slowed down considerably following the shooting. Without Cain’s vision, as obsessional as it had become, RNA had lost much of its edge.

Later that year in Cambodia, field researcher Dr. Joseph Sariel uncovered an ancient text at another RNA dig site. The text purportedly contained striking similarities to glyphs and carvings found in the Santos Pyramid. Shortly after his discovery, Dr. Joseph Sariel was named the new CEO of RNA Global, the first CEO since Jonathan Cain. As his first order of business, Dr. Sariel announced plans to support the “lawless and economically devastated” region of Santos and build an RNA Global corporate arcology within the city, promising jobs, prosperity, and opportunity to the city’s disenfranchised population — the usual PR stuff.

In 2067, the Amazonian Government strong-armed the corporations into signing the Santos Rebuilding Endeavor. RNA Global was all too happy to leave the favelas to the other corps and chose to focus its work on the corporate district of Ponta da Praia, where it began construction of its arcology. RNA’s interests seemed to be threefold: building their new arcology; resuming their study of the Pyramid, clandestinely if needed; and keeping the locals from interfering. RNA still held the municipality’s security contract, and they pressed that advantage.

In 2068, members of the Lineage began a campaign to disrupt RNA attempts to study the Pyramid. RNA enacted a local curfew in an attempt to curtail Lineage activities, and in retaliation, the Lineage began sabotaging the construction of the arcology. Despite the Lineage’s best efforts, RNA Global finished construction of the arcology in 2074. Today, with their global headquarters complete and open for business, RNA Global has again turned its efforts toward securing control of the Pyramid once and for all. Plus ça change…