Now that you know the when, the where and the who, here’s the what: some ideas of shadowruns in and around Chandler Avenue… Each of these cases is based on, or woven around, the plot of one of the Tex Murphy video games.

Oh, and of course, if you’re a player, you should probably not read this page ! 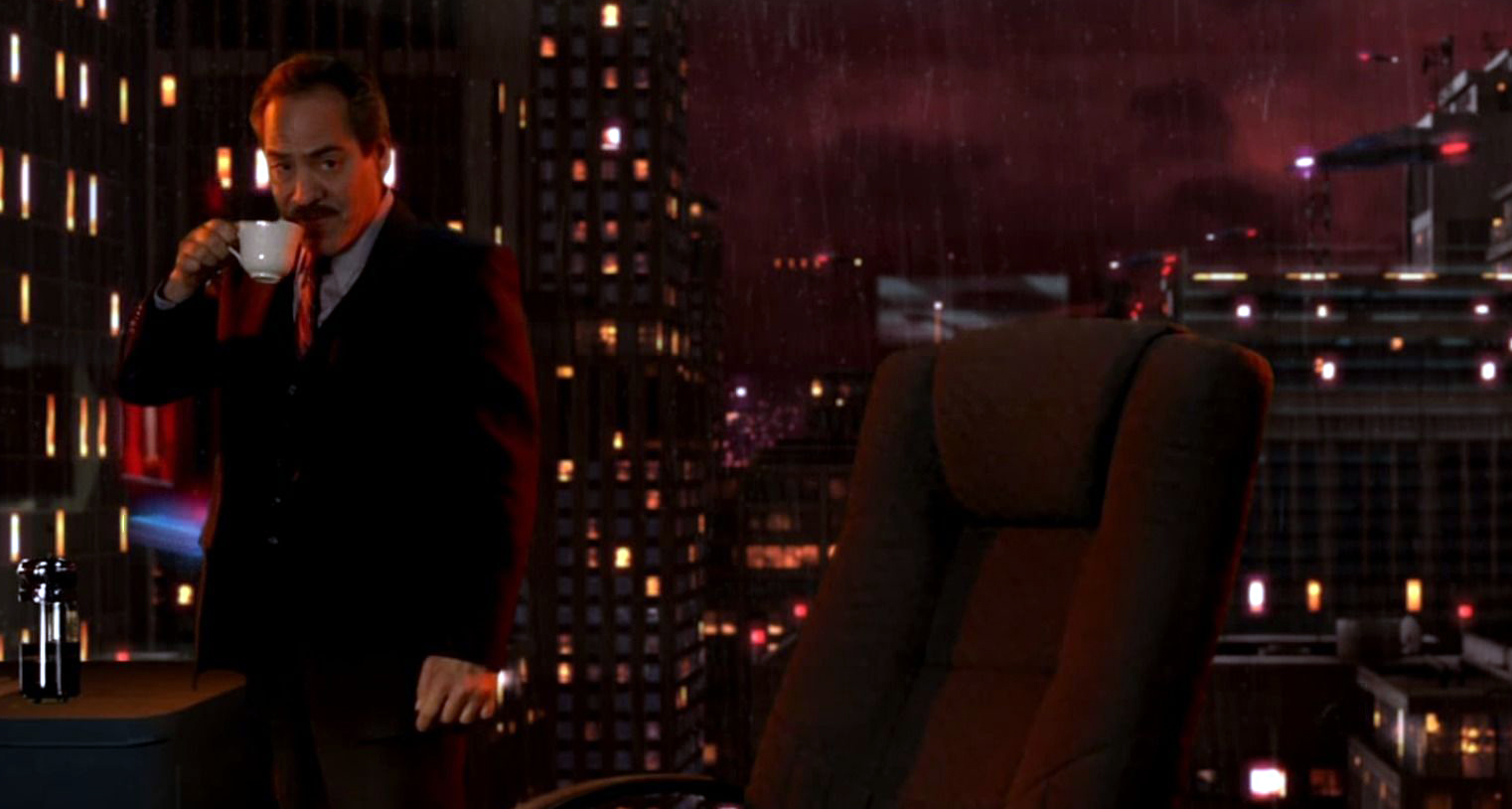 Mr. Johnson wants the runners to exfiltrate a corporate scientist named Bosworth Clark. Clark works for Gideon Enterprises’ Security Technologies Group, but since Frank Schimming took over the company, he wants to leave for greener pastures — at least, that’s how Mr. Johnson is spinning it. Some digging will reveal Mr. Johnson to be working for Mitsuhama Computer Technologies.

As the runners will soon learn, however, Clark is in hiding. Several of his colleagues (Ron Morgan, Brenda Perry) have disappeared, and Clark now believes he will be next. When he found his office ransacked, he ran for it. Good thing he did, too: the elf hitman, Big Jim Slade, is after him. 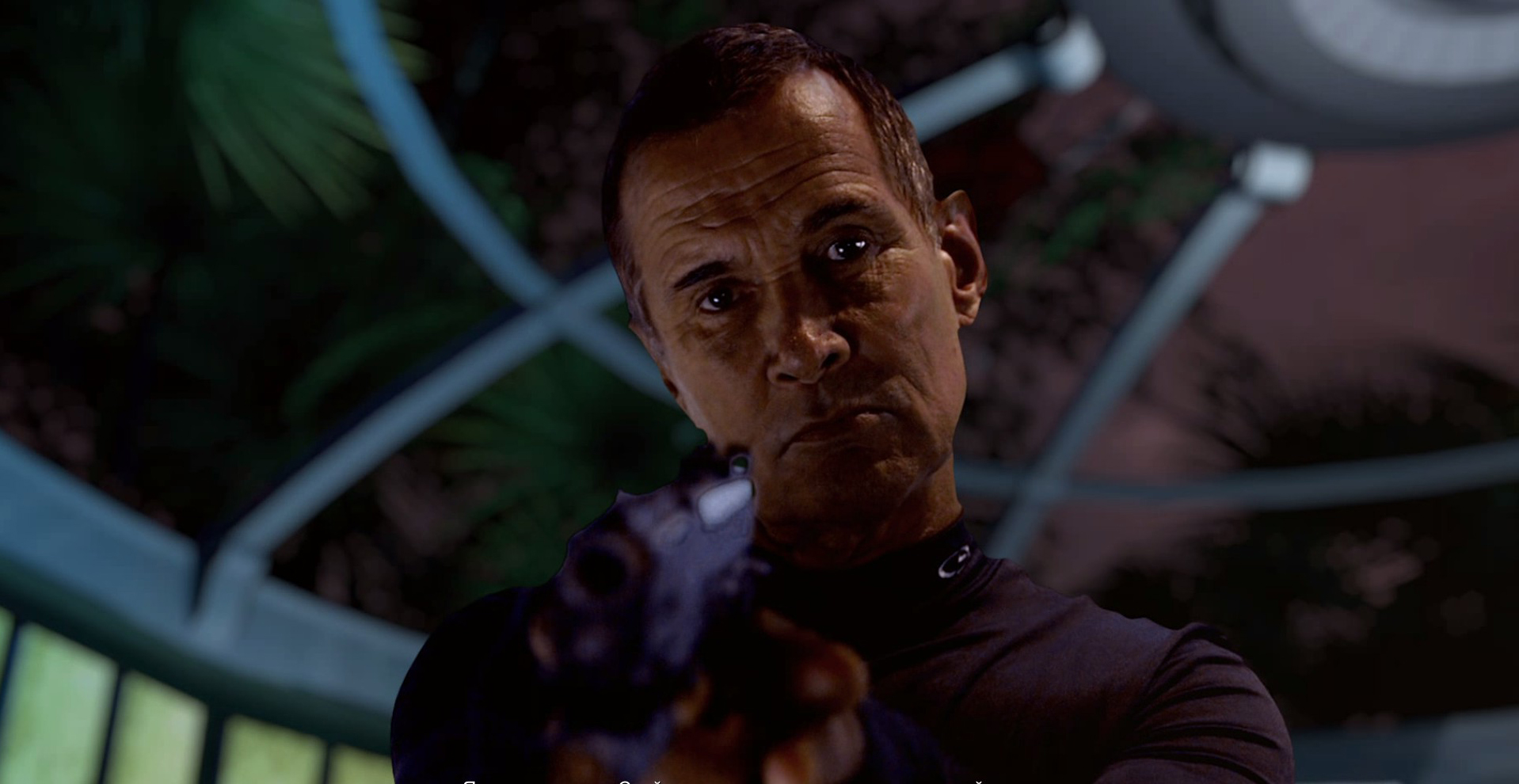 Slade has been hired by Gideon Enterprises’ top management to quietly “remove” all scientists involved with something called Project Overlord. Whatever Project Overlord was about, it was one of J. Saint Gideon’s pet project, and the new management feels the old team was a bit too loyal to their old boss and might have been withholding key data.

Both Schimming and Mitsuhama want to secure Project Overlord, and before long the runners are also contacted by another former STG employee, Jorge Valdez. Valdez is J. Saint Gideon’s envoy, and he offers big money if the runners bring Clark to him. Project Overlord, he says, cannot end up in evil hands. But is Gideon a saint himself? Word on the street says Project Overlord is actually some sort of mind-control device…

Ms. Johnson, a blond elf of otherworldly beauty, hires the runners for a break-in: the target is the Alexander Estate, the Xanadu-style mansion of the late Marshall Alexander, founder of Terraform Corporation. Ms. Johnson is after an object Alexander has, according to her, stolen to its rightful owner. That object, she claims, was the source of Alexander’s wealth, and the very reason he was killed, back in 2069. The artifact in question is apparently a piece of rock from outer space, something Alexander managed to recuperate from the Cydonia probe. 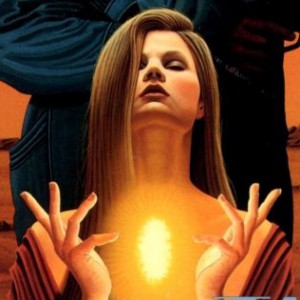 The more the runners dig, the weirder this whole run becomes. They discover Alexander was once an astronaut named Collier Stanton, who was actually a member of the 2011 NASA mission to Mars. Officially there was no survivor to that mission, but Stanton somehow returned, and forged another identity for himself. His whole goal when founding Terraform was to get his hands on the Cydonia sample, which he called the “Oracle stone”.

The runners are not the only ones looking for the stone, however. A man named Thomas Dangerfield, who had also worked on the Cydonia mission, wants the stone, and has hired runners to recover it too. Ms. Johnson, who also goes by the name Deacon Hawke, is actually a powerful spirit who is looking to return the Oracle stone to the distant metaplane it originates from. If the runners manage to find the stone and get it back to her, Hawke smiles and disappears with the stone to parts unknown.

To Habuh or Have Not

Mr. Johnson meets the runners at Lindy’s, a piano bar on the top floor of the downtown Hilton, in New San Francisco. The place is swanky, the cocktails are expansive, and some of the local patrons don’t even try to hide their contempt for “goyles” — metahumans. Mr. Johnson himself doesn’t seem to have any issue with metahumans. A background check reveals Mr. Johnson to be an employee of Percival Enterprises. 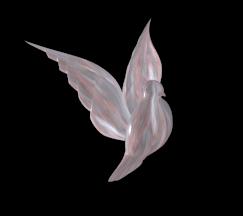 The runners are hired to recover a bird-shaped crystal statuette, known as the Habuh. The statuette is currently in the private collection of Countess Reinier, an European aristocrat and an avid participant of the Grand Tour, who acquired it during the Artifact Rush. The runners will have to travel to Berlin to get the statuette, but the pay is worth it. The statuette is magically active, although the runners don’t know what it does, if anything. The runners also learn more about the Habuh: its history is strongly linked to the urban legends surrounding a secret society known as the Brotherhood of Purity. In Europe, the runners have several run-ins with forces who may or may not be part of the Brotherhood. They barely make it back to San Francisco in one piece.

Too bad that, as soon as they get back to San Francisco with their prize, they become hunted by the Chameleon, who is on the Law & Order Party’s payroll. Mr. Johnson had actually been the Chameleon all along, who took his place and appearance. There is someone else who’d like to obtain the statuette: CAPRICORN. Through the gangster, Eddie Ching, they try to take the Habuh from the runners, who they believe are actually loyal to Law & Order. The race to get the Habuh soon escalates into a secret war, waged in the seedy streets of Old San Francisco…

That bird might be the stuff that dreams are made of, but for the runners, it soon becomes a waking nightmare!

The runners are hired by a gentleman named Tyson Matthews, who meets them in the Brew & Stew. Mr. Matthews wants the runners to deliver a series of packages to his associates — as discreetly as possible. Each package contain a metal box decorated with motifs reminiscent of Nazca lines, without any visible way to open them, similar to Chinese cricket boxes — or Hellraiser‘s cube, for runners fond of old flatvid horror movies. The job looks simple enough and Mr. Matthews pays handsomely. He however warns the runners that they should only deliver the boxes to the people he told them about. 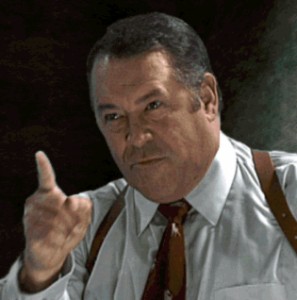 Soon after accepting the job, the runners realize their actions are being watched — by the Confederate Security Agency, no less. A CSA agent named Jackson Cross explains the man they met is actually named Thomas Malloy, a renegade engineer from the CAS who has absconded with military secrets. Cross knows the runners have the boxes, and he advises to give them to him. His influence might be limited here in CalFree, but if they choose to refuse his offer, he’ll make sure to obtain them one way or another…

The runners now face a difficult choice… Can they really make an enemy of the CSA? Should they betray their client’s trust? Is Jackson Cross truly who he claims to be, and is he telling the truth about Matthews/Malloy? And last but not least… what is really in the boxes?

A new urban legend terrorize the denizens of Old San Francisco: rumors claim that a new variety of ghouls, nicknamed “morlocks”, is nesting in the sewers below the city. The runners are hired by concerned community leaders to eliminate the morlocks before they can spread their stain of the HMHVV further.

Morlocks are ugly enough, but runners should notice they don’t behave like regular ghouls: they scatter and hide at the first sight of danger, begging for mercy. The runners discover that despite their ghastly and diseased appearance, morlocks are not Infected. They are actually regular humans and metahumans with a bad case of decaying tissues. 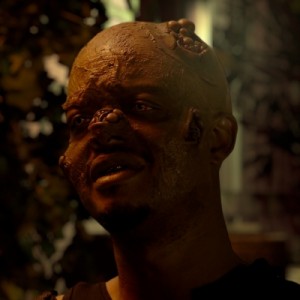 Eventually, the runners discover that morlocks were volunteers in a cryostasis experiment conducted by the Tesla Legacy Society decades ago. After the TLS was wiped out by rival corporations looking for the fabled Tesla Cache, the morlocks were left frozen and forgotten in one of the Society’s secret laboratories. Their appearance is the result of their long sleep in the primitive cryotubes, their unattended bodies slowly withering away, until a power shortage allowed their rude awakening in a world they could barely recognize.

But of course, not everyone believe the morlocks’ sob story. Some still see them as dangerous monsters — and of course, this is the Sixth World, so maybe they are. Others want to learn where the Tesla Society’s laboratory is actually located, to pilfer its last remaining secrets!