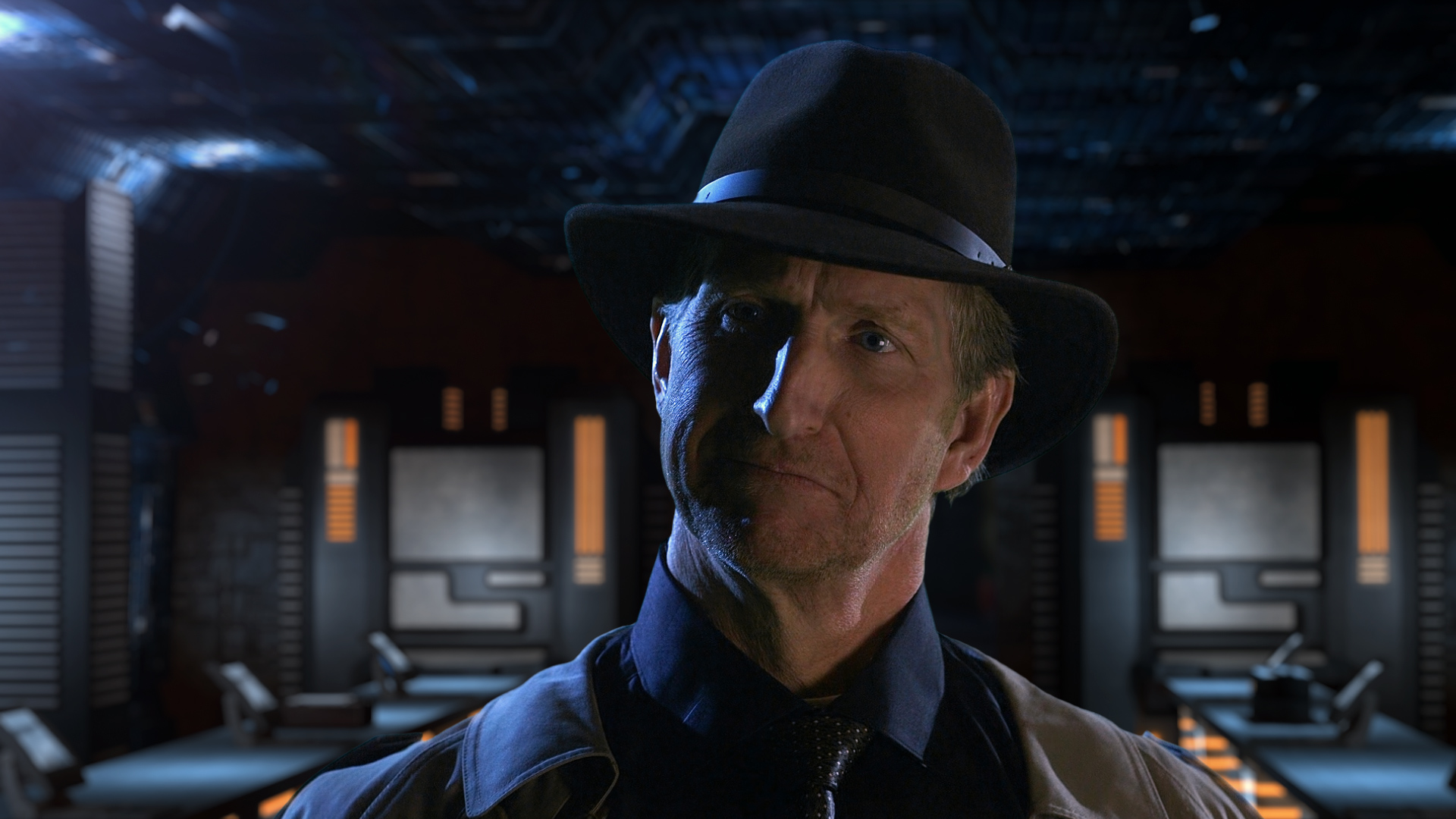 “All I’ll ever need is a bottle of good bourbon, a fresh pack of smokes,
a decent haircut, and one more case.”

James T. Murphy, nicknamed Tex, is a private eye straight out of an old hard-boiled novel by Chandler and Hammett. At least, that’s what Tex would want you to think. Problem is, nobody has read Chandler and Hammett in a while, and Tex isn’t nearly as hard-boiled as his heroes Sam Spade or Philip Marlowe were. In fact, Tex is notoriously bad at violence: last time he tried to use a gun, it was a disaster. But if you’re looking for an honest, resourceful, reasonably smart investigator, he’s the man you need. He can also give you dancing lessons (which has proved surprisingly helpful to pay the rent when the detective business was slow.)

Two decades ago, Tex was a young and promising recruit at Colonel Dobbs’ Detective Agency, but was eventually fired after reporting some of his mentor’s unlawful practices. Tex opened his own agency, and made a name for himself by solving a high-profile case, the murder-disguised-as-suicide of one of Gideon Enterprises’ top scientists, Professor Carl Linsky. During his investigation, Tex fell for his client, Linsky’s daughter Sylvia, and they got married. One year later, Tex was divorced, penniless, and living in the street.  A long, dark teatime of the soul if there even was one.

Eventually Tex pulled his life back together — with a lot of new self-destructive habits added for good measure — and opened a new office in Old San Francisco (doubling as his apartment). Since then, he has successfully cracked a handful of tough cases, such as the Alexander kidnapping mystery or the Pandora conspiracy. 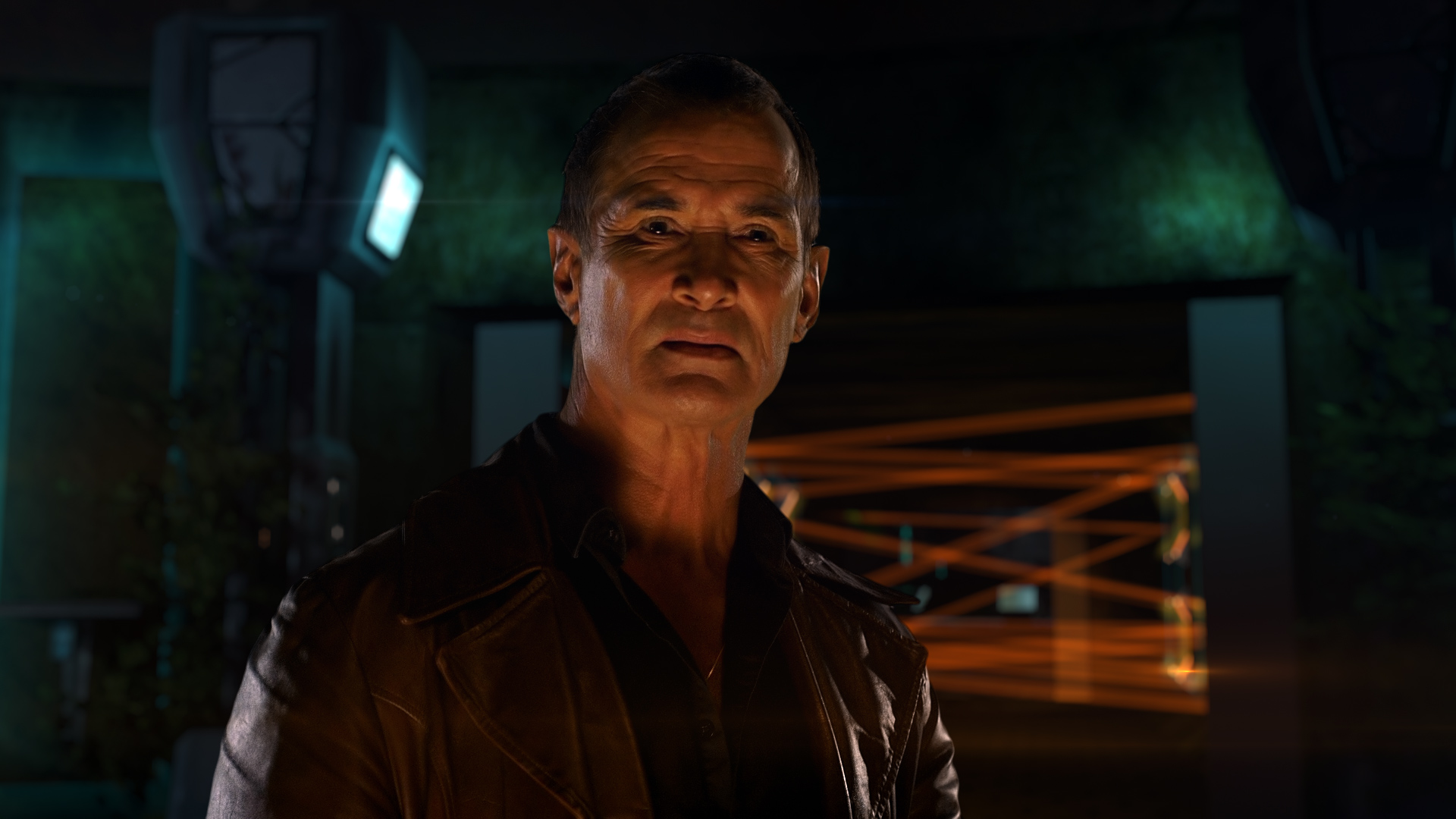 “He’s a hitman for hire. And he’s on Interpol’s 10 most wanted.
If you’re mixed up with him, I’d make sure your affairs are in order.”

Jim Slade, better known as “Big Jim”, is a nasty piece of work. Ruthless, devoid of scruples or principles, this tall and intimidating elf will kill anyone if the pay is high enough. And will then double-cross his employer without an afterthought as soon as someone pays more. Regardless of these shifting allegiances, Big Jim is never out of work. After all, he is still considered one of the best at what he does — and what he does, you guessed it, is not very nice.

Lately, though, Slade has been after something more ambitious than his next payday. Rumor on the street says that since Big Jim has heard about the existence of immortal elves, he has been looking for ways to claim that immortality for himself. 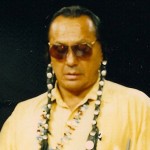 The Chameleon is a mysterious assassin who possess, if the stories are to be believed, a peculiar knack for illusion spells, allowing him to change his appearance at will and fool even the most sophisticated security systems. Man, woman, elf, ork — no one can predict what the Chameleon will look like when he strikes next. The Chameleon never uses firearms: when he kills, it’s always close and personal. His weapon of choice is the knife, which he uses to slit his victims’ throats.

Only the most skilled magicians and shamans have been able to briefly see through his disguises: according to these rare witnesses, the Chameleon is a middle-aged Native American, although they can never give a very detailed description of his features. The Chameleon has often been doing wetwork for the Lakota Mafia, which might mean he’s himself a member of that particular tribe. 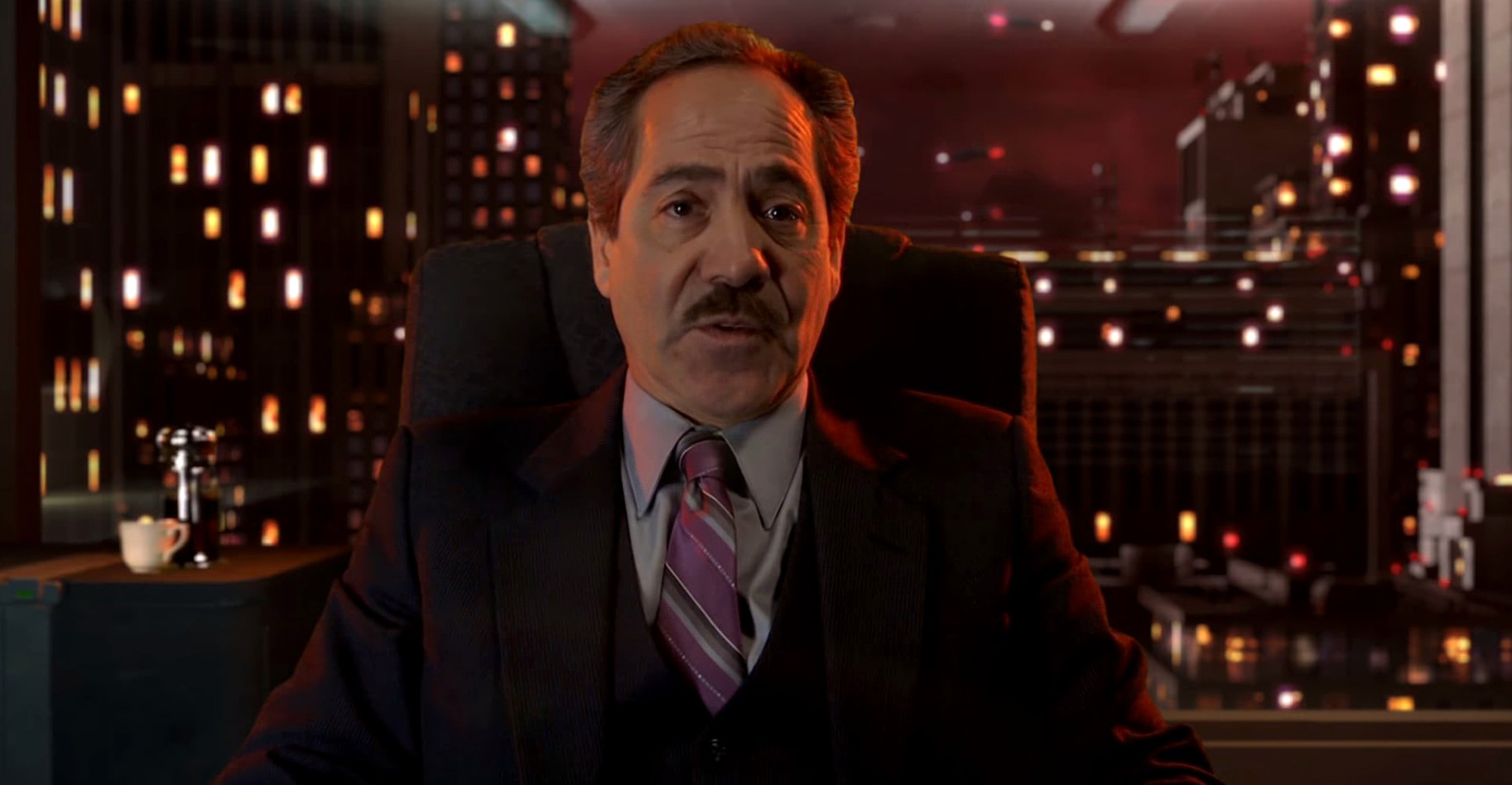 “If you find any new leads in the case, I’ll do what I can to get it reopened.
That’s about all I can for you.”

Lieutenant Danwicz started as a mere patrolman and eventually became lieutenant thanks to his good results. Despite his imperturbable, laid back, even somewhat blasé attitude, Danwicz is a highly intelligent and competent cop. When interrogating a suspect, Danwicz will talk slowly, very politely, never loosing his cool. And before even realizing it, the suspect will tell him everything he needed to know. Some say it’s magic, but Danwicz is definitely not a magician. He’s just very good at his job.

While his methods are mostly “by the book”, Danwicz will sometime follow alternative routes of investigation — meaning, hiring shadowrunners to dig up dirt in places where he can’t do it himself. He may also let go a small fish if it allows him to catch a bigger one. 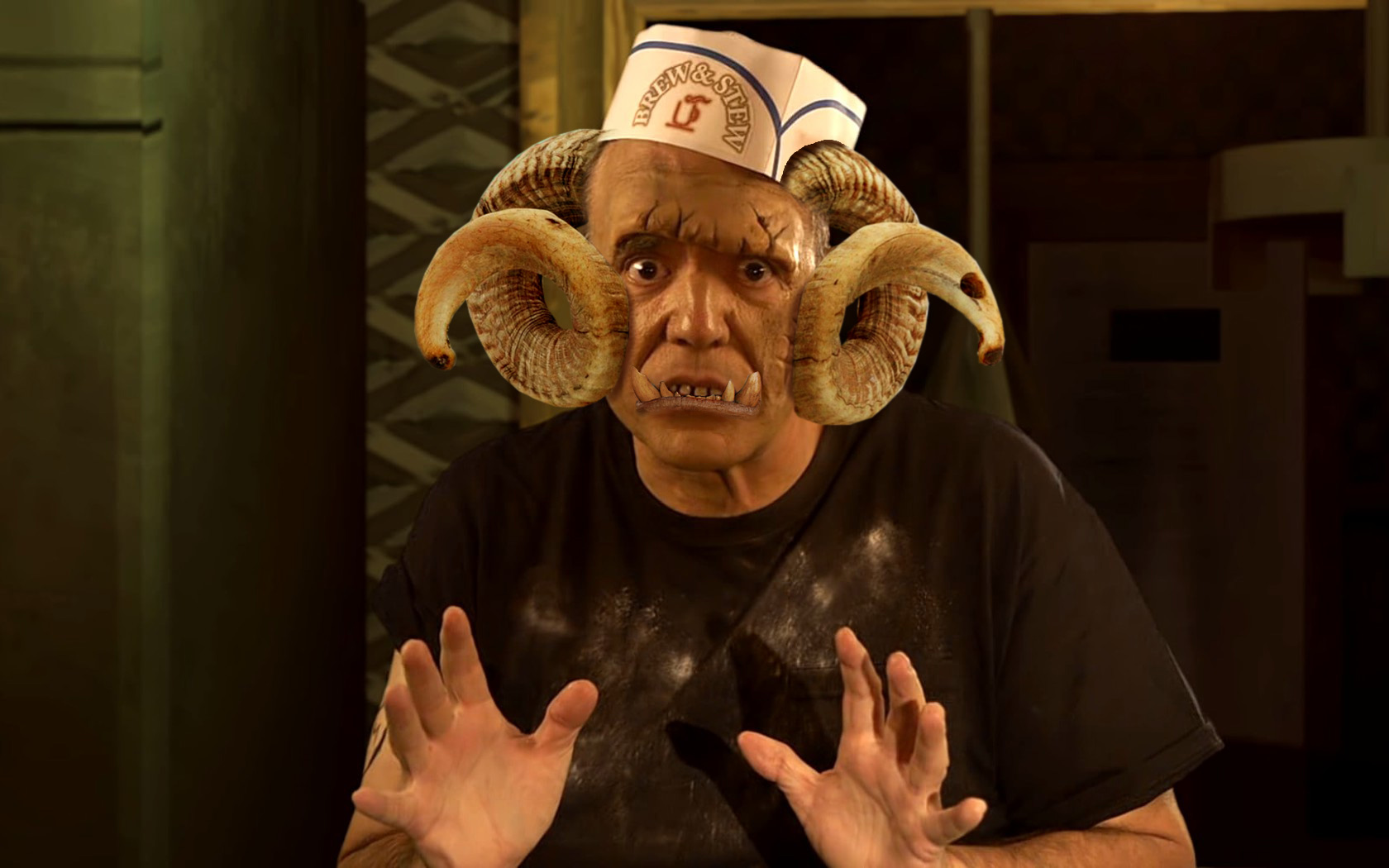 “Whether it was a story, supper or running tabs
for down-on-their-luck P.I.s, Louie was the epitome of a good guy.”

Louie owns and runs the Brew & Stew cafe, usually filled with the smell of Louie’s famous lamb stew or spicy chili billowing from the kitchen. People can’t help but feel welcome, which is why everybody comes to Louie’s. So does all the street talk: if something’s going on around Chandler Avenue, Louie knows about it.

Louie LaMintz is a troll, and he certainly looks the part, with a bloated physique, crackled skin, yellow tusks and spectacular horns. He’s also one of the nicest, warmest, gentlest metahuman beings of the Sixth World. Chili nights at the Brew & Stew attract people from all over Old San Francisco, and Louie’s special blend of coffee — nicknamed Armageddon — has the reputation to be strong enough to wake up the dead. “Giving back to the community” is Louie’s motto, and when not managing the Brew & Stew he’s often found distributing meals to the homeless and the downtrodden.

Everybody loves Louie, except the jerks of the Crusade of Genetic Purity, who have tried to trash his restaurant a couple of times. Bad move — while most people believe Louie would never hurt a fly, he was once a CAS Green Beret. You’d have to try really hard to make Louie angry, but Ghost protects you if you succeed. 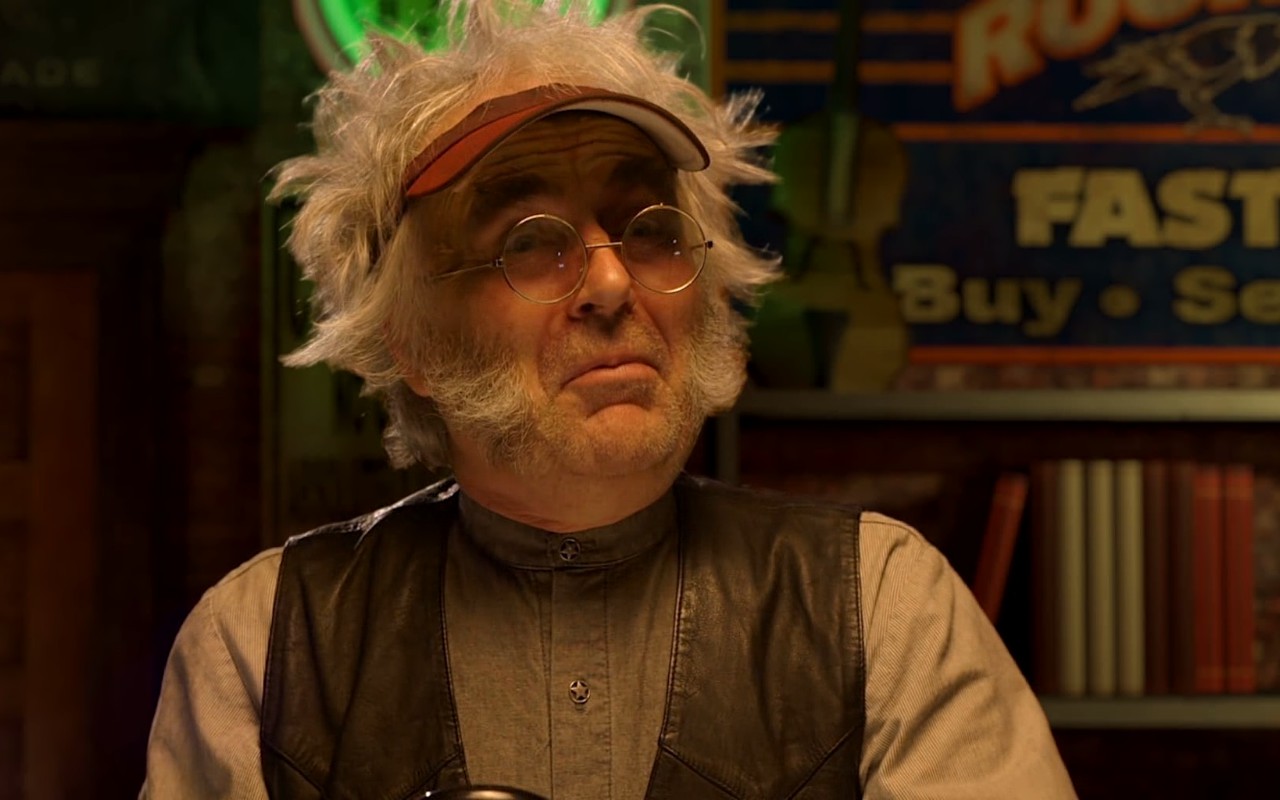 “If I’d really cared what Rook thought, maybe I would’ve taken the time to explain the situation,
but I didn’t feel like letting the dried-up little man-prune ruin my sunny mood.”

Rook is a surly, sarcastic old dwarf who comes off as a bitter Scrooge nursing a feud with the world, but deep down — very, very deep down — he’s actually a tender-hearted guy who would take you in on a cold night, feed you, cloth you, give you some cash, and then tell you to get lost. Not that Rook doesn’t try very hard to act tougher and more misanthropic than he really is, usually pretty successfully.

Like Louie, Rook was a Green Beret in the CAS army and they fought in the same regiment during the Euro Wars. The troll and the dwarf have remained close friends, and Rook doesn’t have many of those, no small thanks to his “golden” personality.

“The crusty cop was sprawled in a high-backed swivel chair,
a bent smoke sticking out from under his mustache and a police report in his hands.” 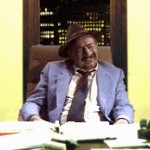 With his large nose and characteristic mustache, Sergeant Mac Malden is one of the most recognizable police officers of the Mission Street precinct. He’s also slightly overweight, due to a very cliché love of doughnuts — his wife Joanne has been trying to make him eat fat free and cholesterol free food, which, according to Mac, tastes like a dog toy.

Despite his seniority, Malden had been stuck in the late shift for many years. While not particularly smart or even efficient, he’s one of the few Norm cops who still care about Old San Francisco and will do extra hours to help the people there. As a result, he’s one of the few police officers who is always welcome at the Brew & Stew.