“The Law and Order party is merely a Machiavellian bi-product of our society’s decay.
Their goals are not altogether unworthy, but those ends do not justify their means.
Unfortunately, they’ve struck a chord with the public and, with an appealing candidate like Robert Knott,
they will surely gain a great deal of power.”

The Law and Order Party is a relatively new political formation in the Free State of California, but its popularity is sky-rocketing in New San Francisco. Their right-wing, populist program — “make our streets safe again” — is getting a lot of support from the wealthier part of the population, as well as corporate and law enforcement circles.

The Law and Order Party is loathed in the shadows and in Old San Francisco, and pretty rumors abound about its real goals. The most popular claims that they intend to put implants into everyone, allowing them to identify, track and eventually control the entire population. Others say the Law and Order Party is actually pulling the strings of the Crusade for Genetic Purity, although officially the LOP rejects any association with Reverend Shepherd’s movement. 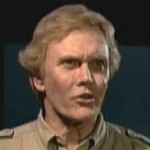 Person of Interest: Robert Knott is running for governor under the party’s banner. Some consider him to be little more than the pretty facade that disguises the Law and Order party’s war machine. Those who know him personally however talk of a man of conviction and integrity. How these two aspects reconcile is Knott’s conundrum. Knott loves hunting and owns a cabin near Timber Cove.

“CAPRICORN does what it can, but they’re merely fighting the good fight.
Greed and corruption have the upper hand.” 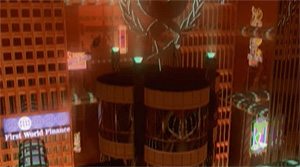 The Civilian Agency for the Protection of the Rights of Individuals and the Creation of Order, Reason and Neutrality, better known as CAPRICORN, is an independent bureau of investigation whose primary mission is to identify, then infiltrate organizations suspected of practicing extreme discrimination. These include everything from UFO cults to hate groups to unethical research scientists. Lately, they’ve been trying to prove the connection between the Law and Order Party and the Crusade for Genetic Purity.

CAPRICORN’s headquarters in Los Angeles were recently destroyed in a bombing. Alamos 20K was singled out by the authorities as the likely suspect, but CAPRICORN believes the Crusade was behind it. 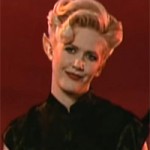 Person of Interest: Wanda Peck has been running CAPRICORN in San Francisco for five years, and after the bombing of the LA headquarters has become the de facto head of the organization. This steely blond elf takes her work very seriously and is hell-bent on bringing down the Crusade.

“Call was one of the leaders of the metahumans’ rights movement.
His death was a devastating blow. But we’ll continue on.”

The Metahuman League was founded by Gregory Call, an ork and former computer engineer of Gideon Enterprises. The organization’s goal is to ensure the rights of metahumans are respected like any other citizen. The League made the news when they demanded and obtained the removal of Ferris Collett as CEO of Terraform Corporation. CAPRICORN’s investigation played a big part in this achievement, and since then the two organizations have often been joining forces to counter the growing influence of the Law and Order Party and its suspected anti-metahuman agenda.

Greg Call was found dead in his home in 2074 from what seemed to be an aneurysm. Call was pretty old for an ork, and no trace of foul-play could be found at the scene. An article in the Bay City Mirror revealed that Call had made frequent trips to Mount Shasta in the 2060s, and it has been rumored the Great Dragon Hestaby helped found (and fund) the League.

The Crusade for Genetic Purity

The Crusade for Genetic Purity started out as a radical right-wing group full of anti-metahuman extremists and eventually evolved into a more mainstream organization with lobbyists, PR people, and a shiny, new temple-like structure in downtown San Francisco. But as the saying goes, a Tiger cannot change its stripes.

Once accepted, members advance through a series of sixteen levels of indoctrination. Eventually, they can reach the ultimate stage of enlightenment… whatever that is. CAPRICORN has certainly been trying very hard to find out.

Person of Interest: Not much is known about the founder of the Crusade, Reverend Claude Shepherd. A former trid-evangelist, Shepherd has a somewhat checkered and mysterious past. His ties with the Policlub Humanis, however, are well documented.

>> Next: The Big Players – Law Enforcement and Media